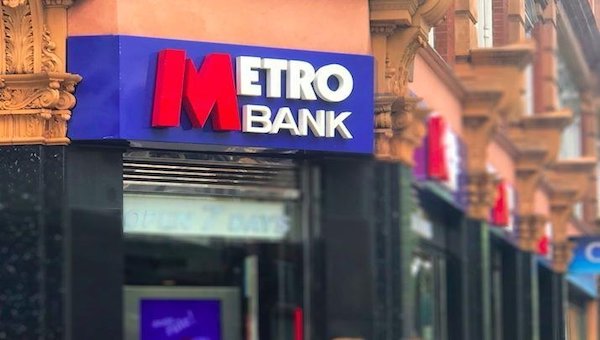 Metro Bank’s share price dropped to a record low earlier this month, down 75 per cent compared to January, a consequence of an error in risk weighting its commercial buy-to-let loans which came to light earlier this year.

As an alternative lender we were in a good position to observe some interesting developments in the commercial buy-to-let market over the past three years.

For example, in 2015 the majority of the bridge loans Fiduciam provided were related to buy-to-let. But progressively during 2016 and 2017 we lost this business as the challenger banks, including Metro Bank, became more aggressive in this segment, offering substantially lower interest rates.

This was incomprehensible to us as the international banking regulation framework, Basel III, requires a substantially higher risk weighting for commercial buy-to-let loans than for residential mortgages.

Basel III increased these risk weightings following the financial crisis to ensure that banks have sufficiently strong capital buffers when they have to write down loans during recessions and continue to have the confidence of savers at all times.

According to reports, Metro Bank had erroneously put a risk weighting of 35 per cent on its commercial buy-to-let mortgages, which it had to increase to 100 per cent, as required by Basel III.

Considering the Basel III risk weighting and capital requirements framework, and assuming a 70 per cent cost-income ratio, which is an average for the UK bank sector, we have calculated that a bank would have to charge interest rates of approximately 8 per cent per year on commercial buy-to-let mortgages.

This would achieve a return on equity of 20% which would be a fair expectation set by bank shareholders.

Basel III did open a window for alternative lenders such as Fiduciam, which are financed by institutional risk capital rather than bank deposits or bank funding lines, to enter the commercial buy-to-let market, thereby reducing the demand on banks to provide such commercial buy-to-let mortgages, and consequently to lessen the risk on banks’ balance sheets.

Basel III did open a window for alternative lenders such as Fiduciam, which are financed by institutional risk capital rather than bank deposits or bank funding lines, to enter the commercial buy-to-let market, thereby reducing the demand on banks to provide such commercial buy-to-let mortgages, and consequently to lessen the risk on banks’ balance sheets.

We now understand better what has happened, at least at Metro Bank, however questions remain.  Some challenger banks continue to offer very low interest rates on commercial loans, which appear to be inconsistent with Basel III.

As an international lender we also observe that Basel III is implemented differently across the E.U., which is hard to understand considering there is an EU regulatory framework.

For instance, in the Netherlands a low risk weighting for commercial buy-to-let loans is standard, fuelling a frothy real estate market.

Finally, we notice an increasing number of challenger banks are lending to alternative (non-bank) lenders at low interest rates, which raises the question how those funding lines are risk weighted.

Metro Bank has tackled its Basel III risk weighting issues and has since raised more than £375m in equity, assisting in a recovery of its share price, but based on the above observations the question arises whether we will see similar risk re-weightings in the wider challenger bank sector and even internationally.