By Kenneth Duffy - BDM for Ireland at Fiduciam 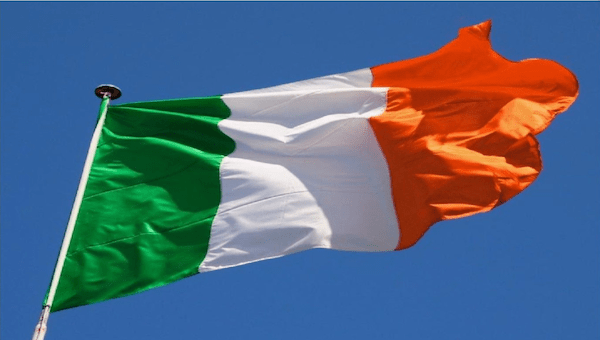 There has been much focus on the UK property market and whether house prices are rising or falling and whether this may or may not be due to Brexit.  What we hear less about is what is happening with property prices with our closest neighbour The Republic of Ireland.

Ireland is most often quoted these days purely in relation to the potential backstop. What few papers report on is the current housing crisis in Ireland.  Just a few years ago Ireland had one of the world’s highest rates of home ownership, but this ownership has dropped and both property prices and rents have risen dramatically. In fact, in May of this year, research by Deutsche Bank declared Dublin in the ‘Top 10 most expensive places to rent in the world’.

The shortage of affordable homes is a huge issue, with Ireland’s Department of Housing, Planning and Local Government in August announcing €84m in funding for 25 local authorities providing 1,770 affordable homes nationally. As a long-term solution, this is fine, but how does Ireland deal with this issue in the short term?

It is estimated that 685,000 houses were built in Ireland in Celtic Tiger years, between 1997 and 2007. Where have all these houses gone? Figures by the Department of Finance back in March of this year revealed that €24 billion of loans, including many substantial buy-to-let portfolios have been sold to funds at an average discount of 52%. Many of the sales were completed without the consent of mortgagees. Most of these were non-performing loans and the purchasing fund often wastes no time in foreclosing on the loans. This cycle still continues with Ulster Bank announcing the sale of 4,000 loans worth €900million as recent as July of this year.

How can short term lenders relieve this pressure? The answer is simple, they fill the gap where mainstream lending is simply not available. For example, Fiduciam has provided numerous loans which have allowed borrowers to buy their old portfolios back from the funders. The borrowers can negotiate with the funders directly, safe in the knowledge that they have a reliable funder supporting them through the process. The properties are then brought back on the market and rented out or sold.

Loans such as these have also enabled borrowers to complete outstanding development works on “ghost estates” that have been sitting dormant since the collapse of the housing market. This brings more properties into the market which, in turn, eases the property supply issues. Borrowers can then refinance with a mainstream lender when their properties have been modernised and rents have been normalised.

Ireland’s businesses are also crying out for lenders to help them get out of a position where they might lose everything by restructuring their loans. This affords borrowers an opportunity to re-establish their business with a viable exit via mainstream finance, or the sale of the assets on the open market.  Such short to medium term loans provide the perfect ‘pit-stop’ for borrowers.  In essence, providing ‘mid-stream’ lending prior to the subsequent exit with a mainstream lender.

Loans for such purposes are relatively new in the Republic of Ireland, but they can be a positive life saver for borrowers whose loan has been sold and who are consequently at risk of repossession.